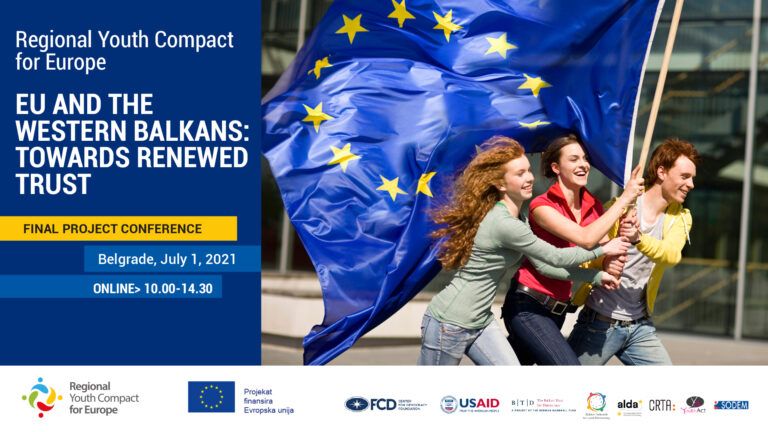 The conference will discuss the relationship between the European Union and the Western Balkans societies through the prism of European integration and youth participation. In the first panel, the central topic will be the current relationship between the Western Balkans societies and the European Union. The second panel is dedicated to young people and their expectations from European integration. At this panel will be presented research on this topic. Democracy at the local level and Civic initiatives will be discussed at the third panel, where the panelists are representatives from local organizations from 3 WB countries. 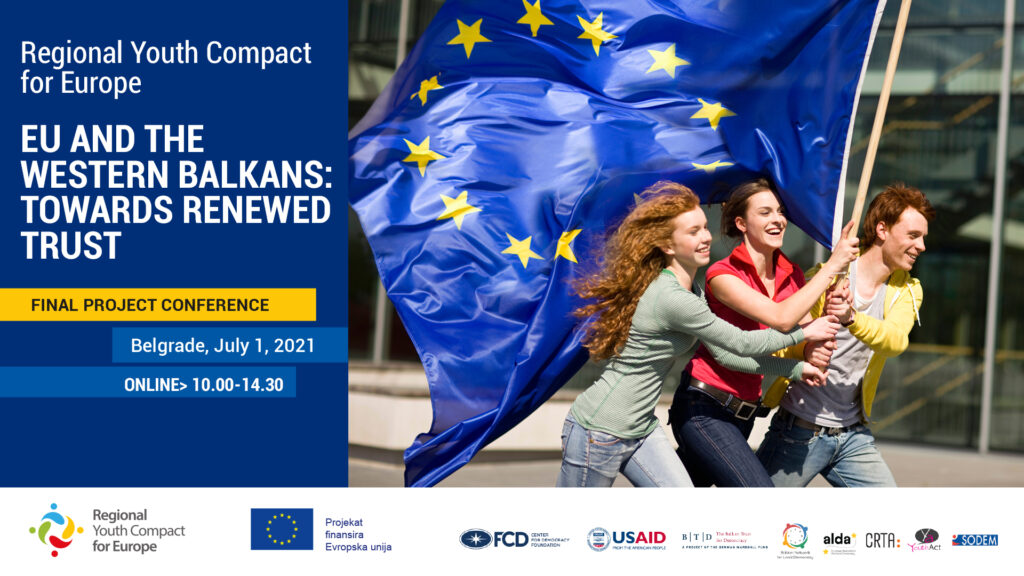 10.15-12.00h Panel 1: EU and the Western Balkans: Towards Renewed Trust and Reinvented Enthusiasm for Enlargement/Integration 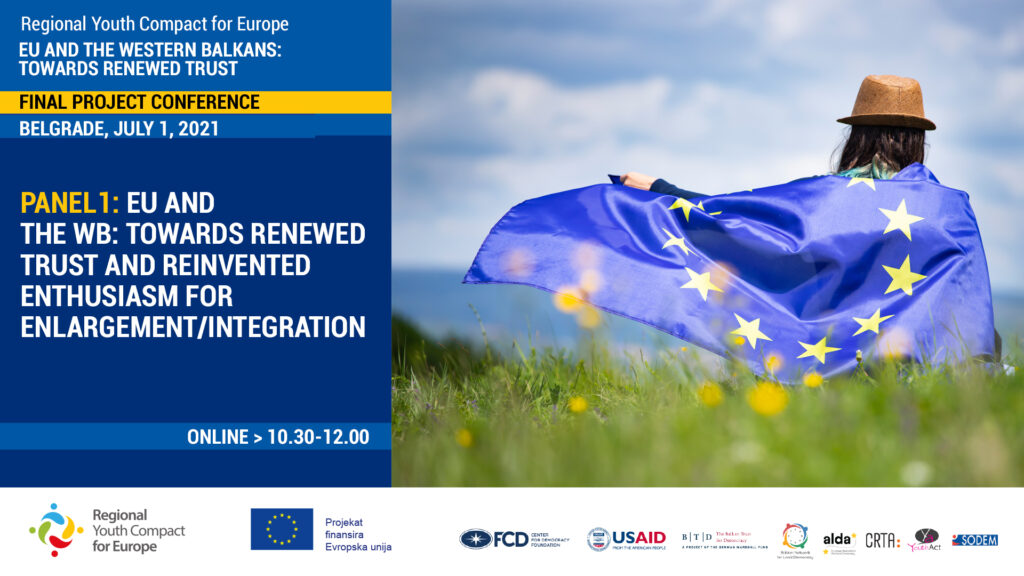 12.10-13.10h Panel 2: Youth in the Western Balkans – Between Expectations and Realities 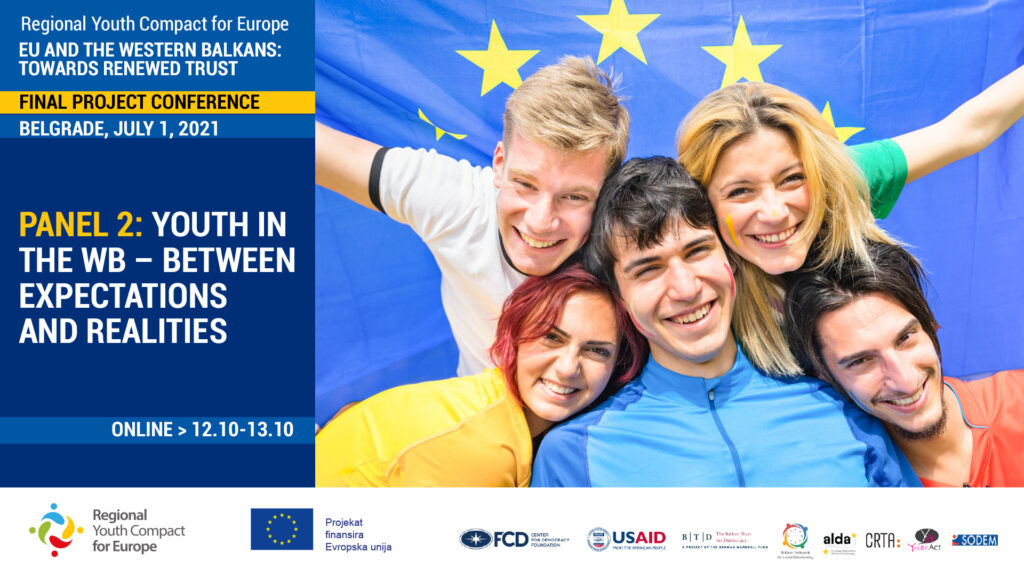 Opening perspectives for the youth in the Western Balkans is one of key issues of the RYCE project. In three-year project implementation period, the partners organized gatherings, workshops, debates seminars and summer schools where young people from the Western Balkans actively debated their priorities, constraints and paths that could bring change in the position of young generation. Two surveys were equally produced – the Comparative Study YOUTH TRANSFORMATIVE POTENTIAL IN THE EU INTEGRATION PROCESSES AND POST-COVID-19 DEVELOPMENTS IN THE WESTERN BALKANS will be presented at this session and will be followed by debate of representatives of youth organizations and RYCE and Politeia School alumni. 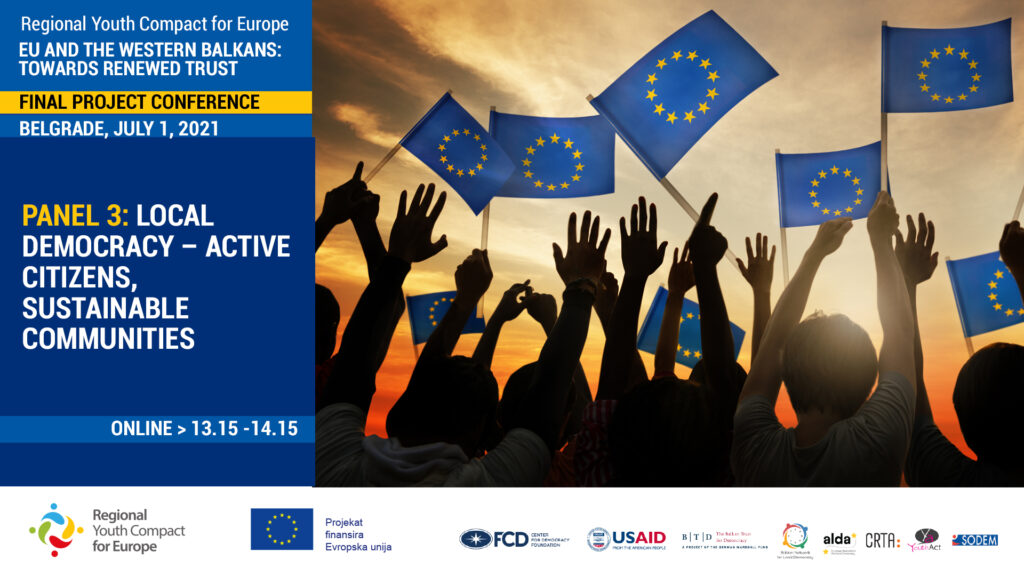 Local democracy was the second key issue addressed by the RYCE project. Balkan Network for Local Democracy was strengthened and was made more vocal in the region. As part of ALDA, local democracy agencies and other ALDA members and partners in the Western Balkans contribute to establishing dialogue with local stakeholders, focusing on key priorities such as socio-economic development, green agenda, vulnerable groups, interethnic dialogue etc. Fostering active citizenship, promoting EU perspective of the Western Balkans, monitoring reforms in cities and municipalities throughout the region were in the core of the network activities during the RYCE project. At this session, the project partners will present their results and discuss problems they identified with aim to build future partnerships and cooperation among different sectors, countries, cities and municipalities.

The Conference is the final event organized within the three-year regional project “Regional Youth Compact for Europe“ (RYCE) which started in 2018 and it is now in its final year with closing in July 2021. The project is coordinated by the Center for Democracy Foundation (CDF), with 13 partners from Western Balkan and European network ALDA.