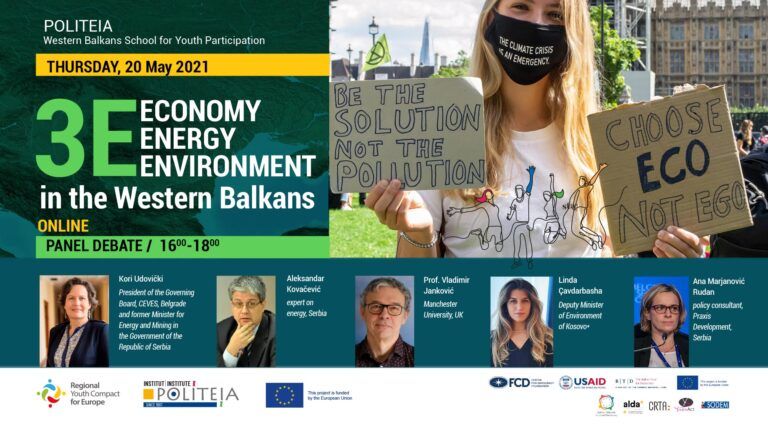 The Center for Democracy Foundation organised the panel debate 3E in the Western Balkans – Economy, Energy and Environment on 20 May 2021 via the Regional Youth Compact for Europe project.

The debate was held as part of the programme offered at the regional POLITEIA Western Balkans School for Youth Participation, implemented by the CDF from 7 to 29 May 2021 for 30 students and young experts from the Western Balkans and Turkey.

Opening the meeting, the Executive Director of the Center for Democracy Foundation, Nataša Vučković said that the issues of economy, the environment and energy are important issues in the Western Balkans, which is why the CDF wants to give the general public the opportunity to hear what the experts, decision makers and representatives of the academic community have to say about these important issues. 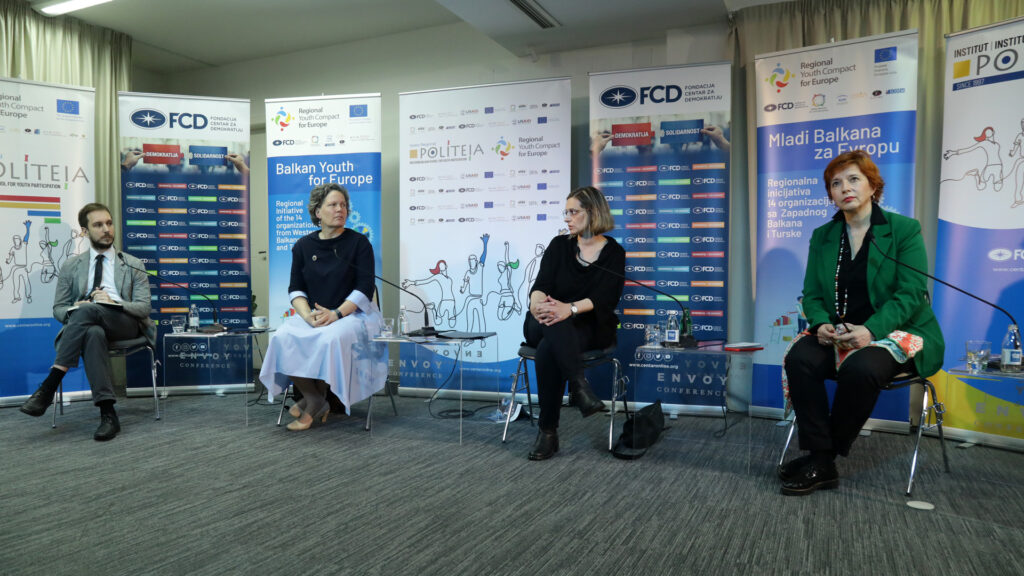 Kori Udovički (President of the CEVES BoD, Belgrade, and former Minister of Energy and Mining in the Government of the Republic of Serbia) underlined that, when we talk about sustainable development, there are three pillars – the first is economic development; the second is social, under which human resource development is considered; and the third, very important and often neglected – is the environmental sustainability of the planet.

Aleksandar Kovačević (Energy Expert, Belgrade) assessed that our region, the Western Balkans, is currently in trouble where these topics are concerned – all aspects are neglected, technical, financial, decision making, and policy. In terms of all of these aspects, there are challenges to be faced, to a greater or a lesser degree.

Prof. Vladimir Janković, PhD (University of Manchester, Great Britain) emphasised that in order to reach sustainability, we require a long term strategy that will adhere to it. Professor Janković said that this is the only way to achieve results.

Linda Çavdarbasha (Deputy Minister of the Environment, Government of Kosovo*), while speaking about institutions, strategic documents, sustainability, pointed out that there are many things that need to be analysed within the Green Agenda, which is certainly a very ambitious task.

Ana Marjanović Rudan (Public Policy Consultant, Praxis Development) spoke to the participants of the Politeia School about the history of the Berlin Process and its impact on the Western Balkan region – how and why it was created, as well as the importance of this initiative. 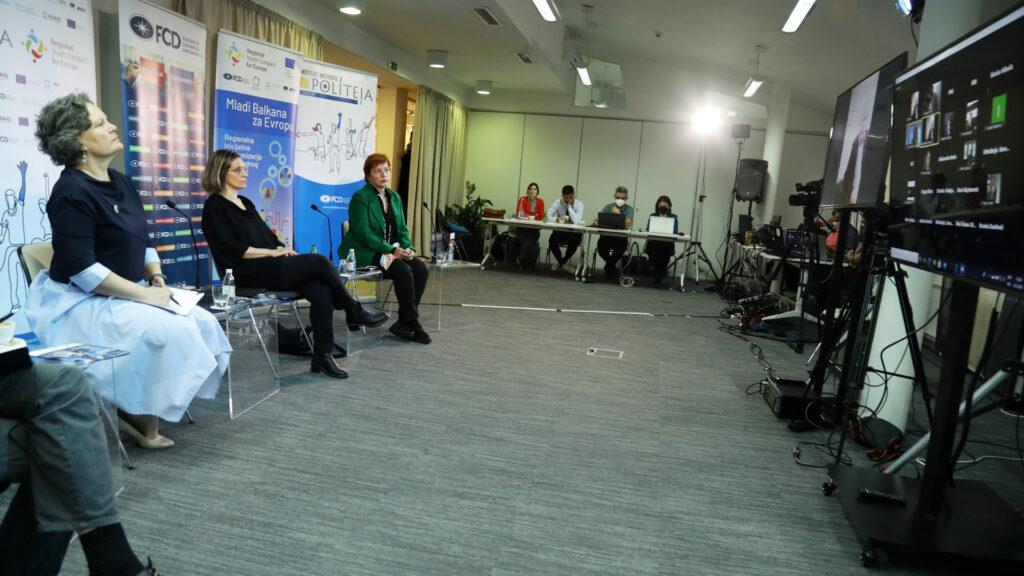