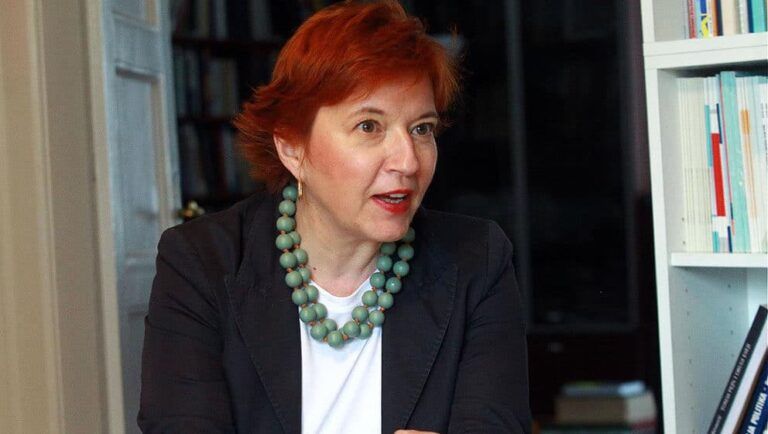 Can there be democracy without the European Union?

Nataša Vučković, author of the text published in Danas newsmagazine

Is Serbia standing at a crossroads and will it choose or has it already chosen its path? We ask this question every day, listening to the messages coming from the very top, often which are contradictory and confusing. It seems that efforts are still being made to extract the most from both positions – a EU candidate country and a Western Balkan country considered to be a good partner to the Russian Federation.

The extent to which the pressure being applied by the West is both severe and intimidating, as hinted by our president, and the manner in which the relationship between Moscow and Belgrade would change if sanctions were imposed on Russia, is known only to those negotiating on these issues.

As the people, we must care about the consequences of every government decision, as they not only impact our day-to-day lives, but the future of our country.

It was long ago that Serbia decided to take the European path and for 22 years it has been trying, slowly, unconvincingly and selectively, to introduce European standards, to instil them into our way of life, that is, to get our society to really live by these standards.

In various sectoral policies, from market competitiveness, agricultural policies, via energy and consumer protection, European standards continue to become more and more complex following the new regulations of ever more intricate economic and social realities. Thus, we can, to a certain point, understand why our country is taking so long in these areas, as these types of reforms require a great deal of funding.

But, in terms of democracy, human rights and rule of law, European standards remain more or less the same since we set out along the EU path. A path that we started along precisely so that our country would conform to the Western European model, with a controlled government, independent judiciary; countries where political tolerance reigns, where human rights and freedom of the press are respected and where corruption is prevented by the judiciary system and government administration.

This is why our sluggishness and downright refusal to initiate certain key reforms in these areas, and more importantly, in terms of our unconvincing democratic practices, is nothing short of unreasonable.

When, somewhere in the middle of our current journey towards the EU, we signed the Stabilisation and Association Agreement, whereby we committed ourselves to gradually align our own policy with the EU’s Common Foreign and Security Policy. This obligation is viewed from various angles: some believe that harmonisation should be accelerated immediately before membership is granted, while others believe that this obligation must be continuously and consistently fulfilled, precisely to illustrate our commitment to the Union.

After several years of stalling in terms of the EU enlargement process, the war in Ukraine has now opened up the issue of possible acceleration of the European integration of the Western Balkans. The aim being to revive the EU’s transformational power in the processes of democratisation and establishing rule of law.

On its end, Serbia must not give up the opportunity to show its dedication to the European path. Events over the past 30 years prove that we are experts at missing out on opportunities.

For us, the citizenry, it is important that we understand that harmonisation with the EU’s foreign policy is intricately tied to Serbia’s opportunities to improve democracy, rule of law and the fight against corruption.

Because, without EU support and a European model as a roadmap, the forces at work in our country capable of bringing about democratic transformation are significantly weaker, and autocratic models are considerably more influential. Therefore, if we make the unambiguous decision to choose the EU, our chances of finally establishing democracy will be greater.

The opinions expressed in this text are the personal opinions and views of the author and do not necessarily reflect the views of the Friedrich Ebert Foundation.