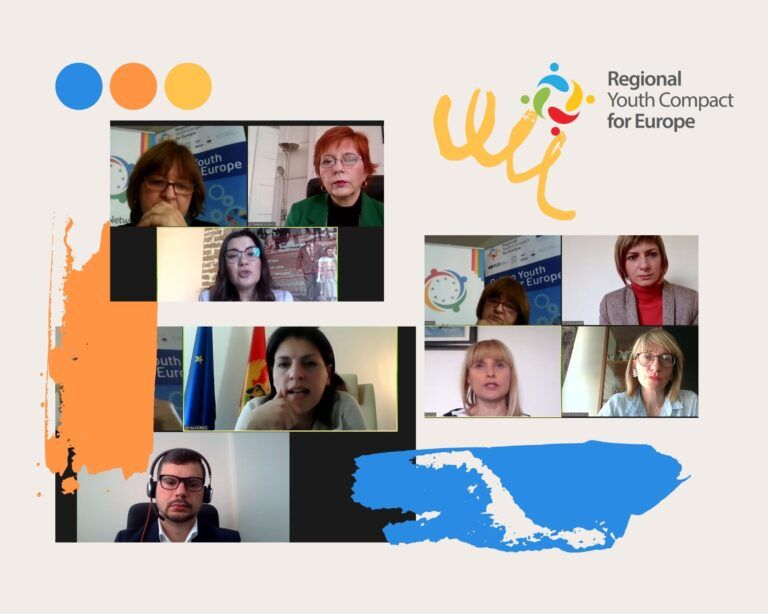 The second Regional Thematic Network Forum, under the Balkan Youth for Europe project was held on 25 and 26 March 2021, organised by our partner the LDA Subotica.

This second Regional Thematic Network Forum gathered together regional networks of CSOs, experts, NGO activists, youth groups and relevant decision-makers to discuss key challenges in improving the European integration process in the Western Balkans. As was pointed out by many young participants of various project activities within this project from local communities throughout the region, structured dialogue and evidence-based advocacy at the regional, national and local levels are needed to support democratic reforms in the areas of rule of law, education and employment, including public administration reform (PAR) with special focus on decentralisation and good governance at the local level. The overall objective of this event is to improve dialogue and promote the development and efficient application of participatory and transparent policies that take into account the needs of the people living in local communities throughout the Western Balkans.

Nataša Vučković, Executive Director at the Center for Democracy Foundation, commented on the impact of the pandemic and stressed that the accelerated digitalisation caused by the coronavirus pandemic has contributed to these important issues reaching more young people, who, in turn, are becoming more actively involved. Vučković presented the challenges facing the Western Balkans on the one hand, and those facing the European Union, on the other. The consequences of the Western Balkan conflicts are still apparent today, and the peace process is slow, as are economic and social improvements. The only thing the Western Balkan states have in common is the fast pace at which their youth are leaving, due to the lack of future perspectives.

Opening speeches were followed by two panels. On the first panel, Jovana Knežević, European Policy Centre, Anja Bosilkova, Balkan Network for Civil Society Development from Northern Macedonia and Snježana Ivandić, Peace Network from Bosnia and Herzegovina presented their initiatives which contribute to structured dialogue between civil society and decision-makers. On the second panel, the discussion was on the topic of the improving a democratic culture of participation through sector policy reform with Ljiljana Uzelac, Ministry of Public Administration and Local Self-Government, Biljana Cvetanovski Gugovski, UNDP, Northern Macedonia, Marija Hajduković, Ministry of Public Administration, Montenegro and Danijel Dašić who spoke before the National Coalition for Decentralisation from Niš.

Balkan Youth for Europe is a 3-year project implemented by the Center for Democracy Foundation and 13 other partners. The project is financially supported by the European Union and the Balkan Fund for Democracy.